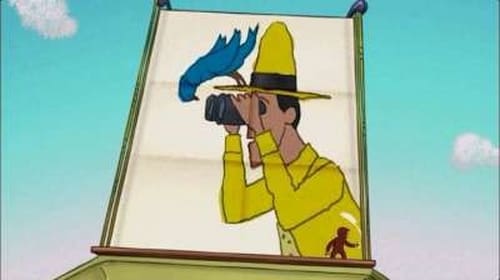 George loves imitating the Cerulean Warbler's distinct chirp and is aghast when the Man with the Yellow Hat tells him that his favorite bird is on the endangered species list. Not to worry, the Man just wrote a book to make people aware that the bird needs assistance. But unfortunately, stores don't want to carry the book because, at 1,400 pages, it looks like a boring scientific tome. Fortunately, George runs into Steve who has lots of idea for promoting his lemonade stand. This prompts George to come up with an idea of his own -- paint an empty billboard with a razzle-dazzle picture to help promote the book. Easier said than done and even when done, will it help sell the book and spread the bird word?