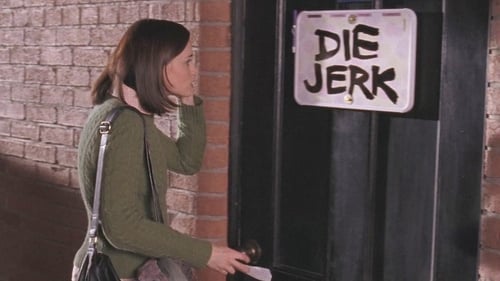 Richard and Emily hold widely differing points of view on the success of their business trip to Atlantic City; spurred on by her editor, Rory writes a strongly opinionated dance review that leads to a dining hall confrontation with the ballerina; even though she continues to resist his interest in her, Lorelai can't help but be impressed by Jason's smooth moves as he manipulates a frosty Emily into inviting him for Friday night dinner so that he can woo Lorelai; Lane and Dave have a long distance argument over pottery; Michel is back on the staff of the still-under-reconstruction Dragonfly Inn, but his one sneeze has Bruce erecting barriers to his attending a staff meeting which includes an overly-protective new mother Sookie and baby Davey; when she learns that Nicole and Luke have put their divorce on hold and have resumed dating, Lorelai becomes so flustered that she has an argument with Luke; Richard estatically roams throughout the house with his laptop after he goes wireless with