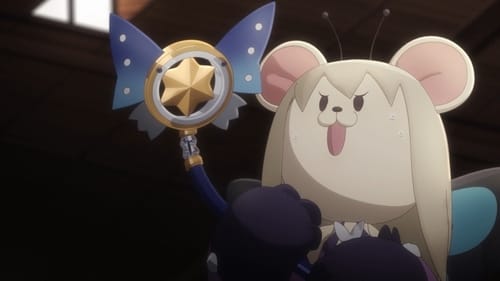 Learning that injuring the possessed bodies will bring their original minds back, Illya, still powerless despite transforming, tries to fight against the possessed Rin and Luvia, who utilise nameless Noble Phantasms to fight against her. As they end up crashing into Erica's room, where Angelica finds them, Illya manages to use split-second timing to return to her original body. As Angelica uses displacement magic to overwhelm Illya, she reveals that the Ainsworths are trying to save their world, which is slowly dying, by using Miyu as the Holy Grail.