I Was Made to Love You 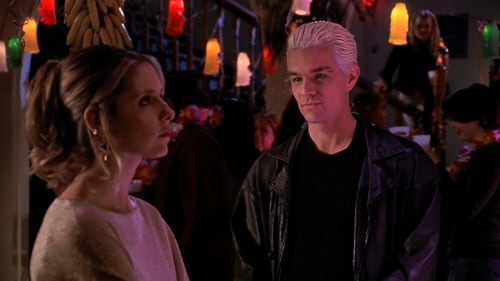 Buffy is very upset about Spike falling in love with her instead of a nice, good boy that she could date. Spike shows up at the same party as Buffy, and he gets thrown out a window by a strange girl who has been wandering around looking for a guy named Warren. The whole slaying team agree that the girl is a robot because of the way she acts. Buffy pays a visit to the girl's supposed boyfriend, Warren and finds out that Warren made the girl, April, to be the perfect girlfriend. April thinks only of Warren and devotes her entire existence to making him happy. The only problem is that Warren doesn't want her anymore, he has fallen for a real girl and has been running away from the robot.