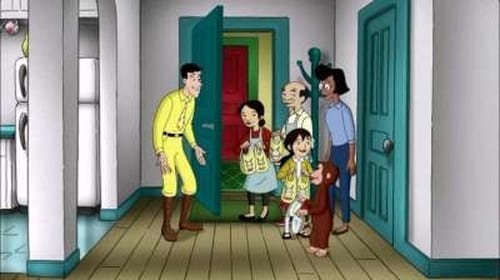 The Man in the Yellow Hat is busy preparing for dinner with Professor Wiseman, so he sends George to fetch some groceries for him. On the way, George realizes that their usual grocery store isn't open, but a new grocery specializing in Vietnamese food has opened across the street. George finds fruits and vegetables that are similar to the ingredients on his grocery list, but when he takes them home, he finds that they don't work in The Man in the Yellow Hat's recipes. George gets a tour of the store from the store owner's daughter, Mei.