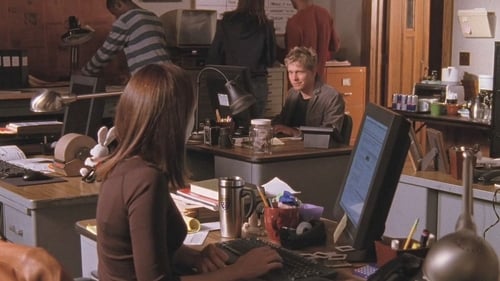 Danny is jealous when Glenn's article gets picked up by the New York Times; Rory discovers that Logan, the son of a newspaper magnate, is also on the staff of the paper; Paris wages a fierce campaign to get the religion beat, and takes an ecumenical approach to alienating the local clergy; desperate for a story idea for her features assignment after several concepts fail to pan out, Rory uncovers a secret Yale society which counts Logan as a member, and enlists his cooperation in getting a story on the group; Sookie becomes upset when the Inn's accountant suggests dropping lunch temporarily to save money and Norman Mailer stakes out a table in the dining room to work and give interviews, and refuses to order anything from the menu except iced tea; Lorelai and Rory show up for Friday night dinner, and when they discover that neither Emily nor Richard are home, decide to order pizza and eat on the living room floor; Christopher calls Lorelai in a panic when Sherry suddenly decides to mo