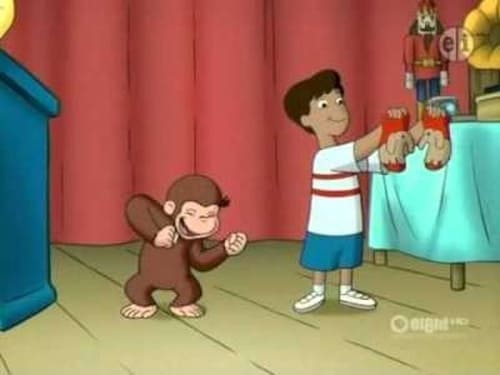 George and Marco are attending their first-ever auction in the city. The Man has to explain to George that in an auction you don't buy the items, you bid on them. And the person with the highest bid at the end wins the item. George has been given a dollar to bid on whatever he wants and he winds up bidding on and winning a pair of red mittens. Unfortunately, George later finds out that the mittens cost $101.00 not $1.00. Without the money to pay for the mittens, he has to re-auction them. Nobody at the auction seems to want the mittens but George remembers that Mr. Glass had his eyes on the same mittens.