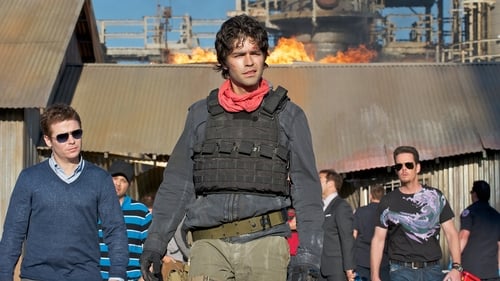 The director of Vince's latest action film talks his star into doing his own driving stunt, agitating both Eric and Ari. Turtle's attraction to an underperforming employee named Alex threatens to damage his fledgling carservice business. Ari looks to add to his resume as "the biggest agent in the world" by eying an alliance with the NFL. Worried that his holding deal is about to expire, Drama pressures Lloyd, now his agent, to land him a project.