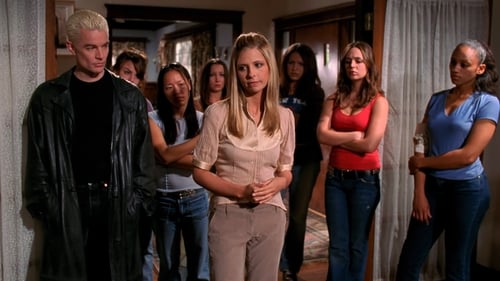 Angel arrives with an amulet which may be a weapon against the First. The battle-lines are drawn and the gang spends the night preparing for the final confrontation. A confrontation that some may not survive. Armed with an amulet they know nothing about, a scythe which holds the key to the Slayer line, and magicks which they may not be able to control, they prepare to face the assembled armies of the First Evil.