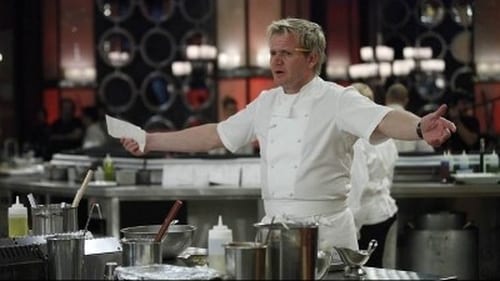 Eighteen new aspiring chefs dare to brave the heat of competition when Chef Gordon Ramsay opens the doors to a new season of HELL'S KITCHEN. The chefs must prove they have the skill, passion and dedication as they compete for the grand prize of a Head Chef position at BLT Steak in New York City. In the first team challenge of the season, Chef Ramsay asks the contestants to prepare their signature dish and splits the chefs into two teams: men vs. women. The winning team gets a taste of the sweet life when they wine and dine with Season Eight winner Nona Sivley at L.A. Market, while the losing team is left behind to scrub down the kitchen in preparation for their first dinner service. Following a sobering announcement moments before the grand reopening of HELL'S KITCHEN, tempers flare when the teams struggle to communicate effectively and the slow service forces diners to walk out before their entrees are served.