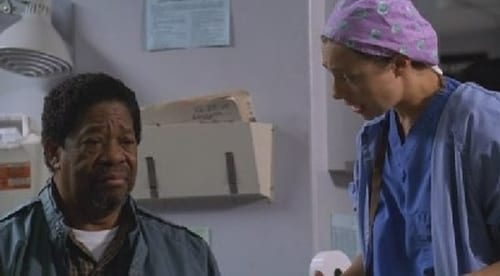 Weaver makes a mistake on live television while demonstrating flu shots, inadvertently sticking two reporters with the same needle. In the bathroom later, Susan and Abby catch Weaver in a stall with a needle. Weaver confesses to Susan that she's taking hormones. Carter, assuming Susan knows already, tells her about Abby's drinking problem. Abby becomes nurse manager, and argues with Carter about her drinking. Luka flirts with a patient's mom and is caught emerging from a storage closet with her. Gallant has a rough day: Pratt butts in on a patient of his, and Stella Willis dies because Kayson didn't bother with thorough treatment.