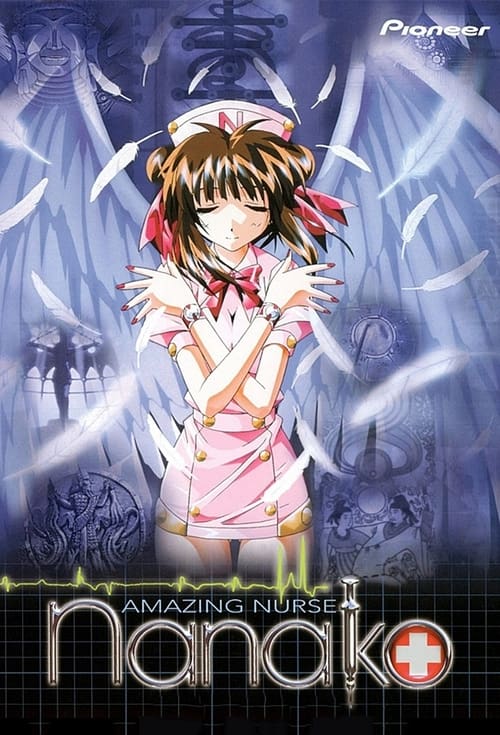 Amazing Nurse Nanako is an anime OVA series released in Japan. There were 6 episodes. It was released in January 2003 in a DVD box-set in the United States through Geneon. The series details the life and history of Nanako Shichigusa, a 16-year-old who works as a maid in the hospital of Dr. Kyogi Ogami, the male lead. Nanako is a classic ditzy slapstick protagonist who tends to accidentally break things and do everything wrong. Ogami treats her frequently in a cruel or heartless manner—threatening her, yelling at her and even subjecting her to physical abuse—yet at the climax of every episode he comes through to rescue her from whatever predicament she got herself into. Much of the series revolves around the relationship between Nanako and Ogami—his mean veneer, her faith in him, and how he alternates between the evil mad scientist archetype and the knight in shining armor archetype. As the series progresses we are gradually revealed the history between Nanako and Ogami's family and given a reason why the two are so tightly knit together, as well as why the title refers to Nanako as a "nurse". A minor supporting cast is introduced, though Nanako and Ogami are clearly the leads. The plot incorporates the American military, the Catholic Church and outlandish science fiction experiments, with these elements progressed mostly in the lead episode and the last two episodes. The middle episodes 2-4 feature mostly unrelated one-shot plots, though minor progress is made in each episode regarding the history between Nanako and Ogami's family.