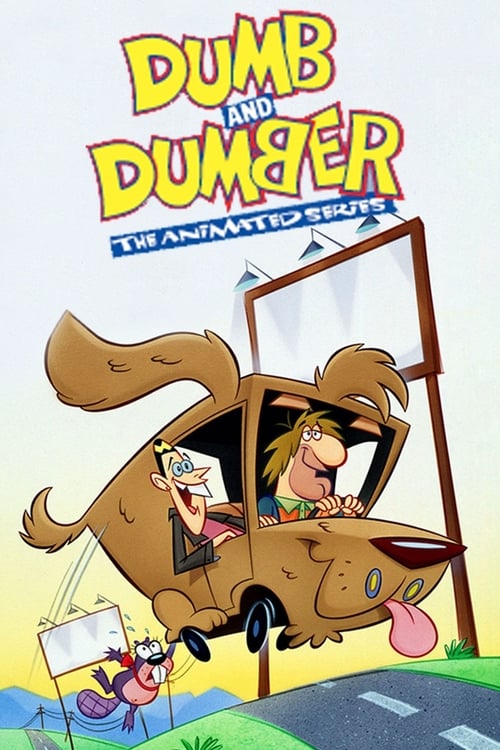 Dumb and Dumber: The Series is a Hanna-Barbera-produced animated series based on the hit 1994 comedy film of the same name. The animated series premiered in 1995 on ABC. The cartoon revolves around the continued misadventures of Lloyd and Harry after reacquiring their dogshaped van now named "Otto". It also features a new character, Kitty, a female pet purple beaver who appears to be smarter than both men. It is the final Hanna-Barbera-produced show to premiere on ABC and one of the last Saturday morning cartoons on the network not associated with The Walt Disney Company. Matt Frewer provided the voice of Lloyd Christmas, while Bill Fagerbakke voiced the character of Harry Dunne. The animated series was written by Bennett Yellin, co-writer of the original film. The series was cancelled after one season. It aired in reruns on Cartoon Network after its cancellation. In Britain the series was screened on the Cartoon Network before receiving terrestrial airings on Channel 4.