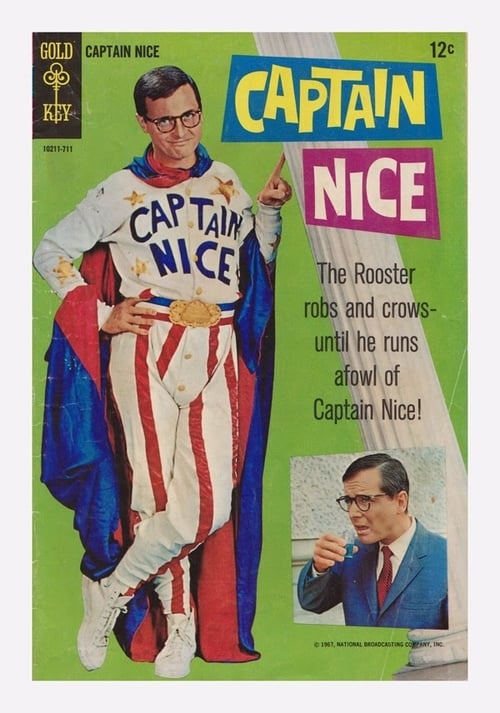 Carter Nash was a chemist in a police department who discovered a liquid which could turn him into Captain Nice, an odd sort of superhero: very shy and dominated by his mother. Captain Nice flew (he feared heights) in his tattered leotards, fighting bad guys because his mother told him to do so.