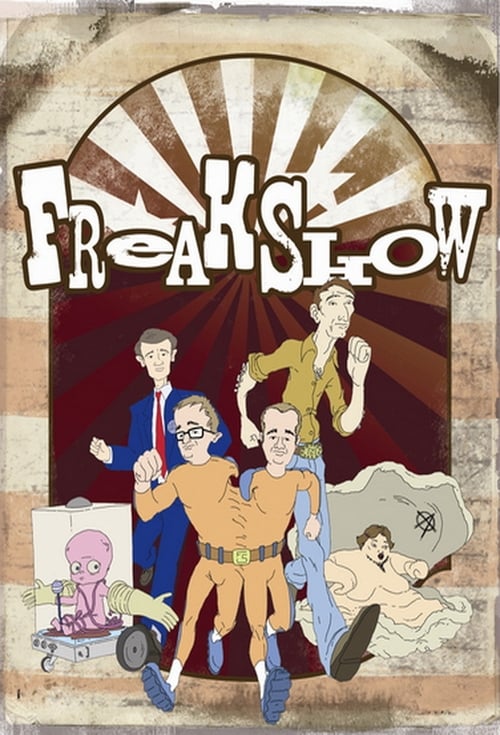 Freak Show is an animated television series on Comedy Central created by H. Jon Benjamin and David Cross. The show chronicles a freak show, called the Freak Squad, which reluctantly moonlights as a group of second-rate superheroes employed by the US government. The first and only season, which consisted of seven episodes, premiered on October 4, 2006, and ended on November 16, 2006. Cross and Benjamin were executive producers in addition to voicing various characters. Radical Axis handled all aspects of production, from initial audio records and character design to final delivery of the master. The series was released on DVD on June 12, 2012.