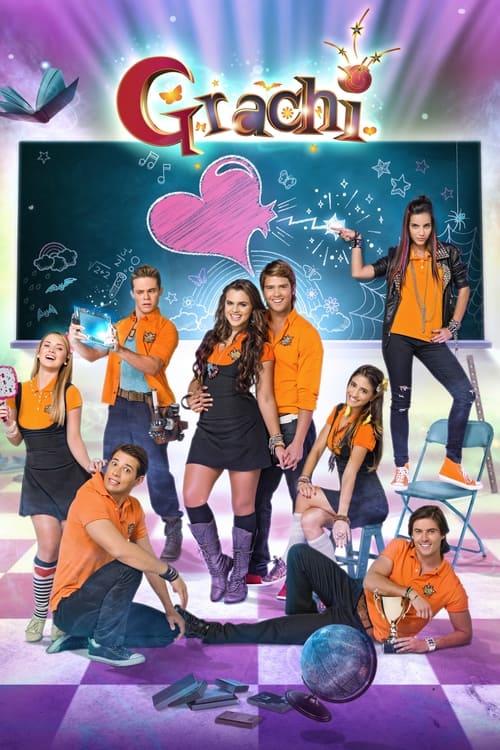 Grachi is a Nickelodeon Latin America fantasy television series written by Mariela Romero, Catharina Ledeboer and Mariana Palos that focuses on the life and love experiences of Graciela "Grachi" Alonso, a teenage witch. It premiered in Latin America on May 2, 2011. The series stars Isabella Castillo as Grachi, Andrés Mercado as Daniel and Kimberly Dos Ramos as Matilda; also featuring Mauricio Henao, Sol Rodríguez and Lance Dos Ramos in supporting roles. In June 2011 it was confirmed that the series was renewed for a second season, which began airing on February 27, 2012. The second season features a rogue teen witch named Mía, portrayed by María Gabriela de Faría, and a new rival for Daniel, Leo, portrayed by Willy Martin. In June 2012 the series was renewed for a third and last season of 50 episodes, which aired from March 4, 2012 to May 10, 2013: the third season features two new wizards, Axel and Manú, while Lance Dos Ramos leave. The series has been dubbed to English and is currently being aired through Nickelodeon Philippines since January 2012. Season 2 will air on May 6, 2013.Season 3 will aired 2014