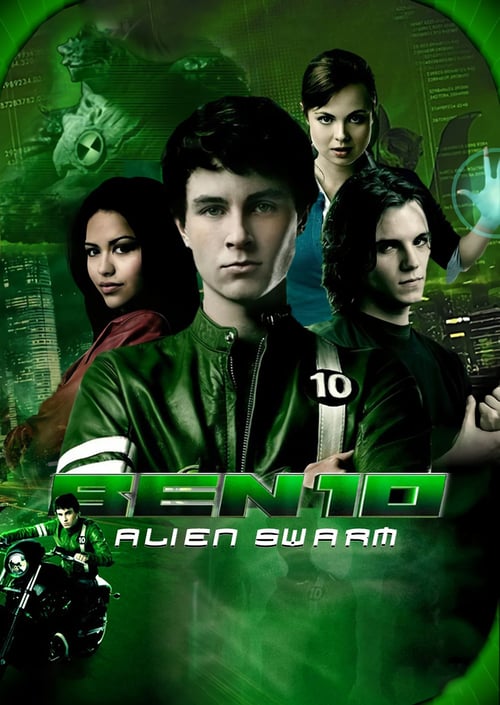 Ben 10: Alien Swarm is a 2009 Science fiction live-action film that premiered on Cartoon Network on November 25, 2009, based on the animated series Ben 10: Alien Force. It is the sequel to the 2007 live-action film Ben 10: Race Against Time. The film was confirmed to be executive produced and directed by Alex Winter once again and written by John Turman and James Krieg. The cast were revealed throughout the Ben 10 Week towards the end of March 2009 in special commercials. A teaser was shown during the premiere of Star Wars: The Clone Wars. It was released on DVD and Blu-ray Disc six days after the U.S. TV premiere of the film. The film also received a limited theatrical release in Australia. It takes place between the second and third seasons of Ben 10: Alien Force.