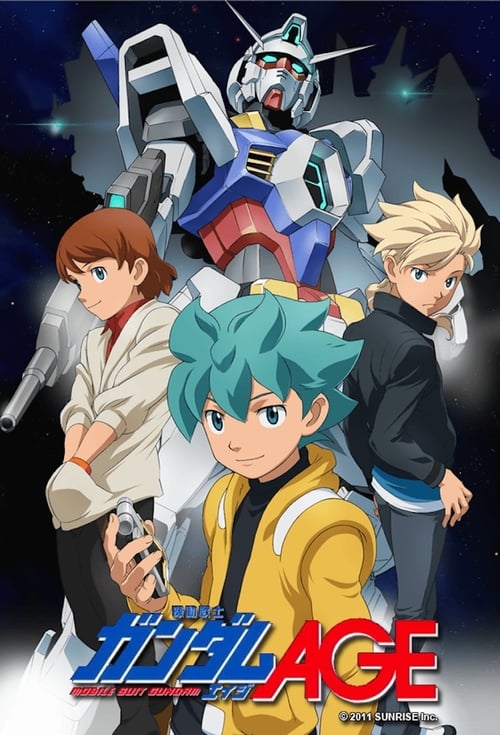 Mobile Suit Gundam AGE is a 2011 Japanese science fiction anime television series and the twelfth incarnation of Sunrise's long-running Gundam franchise. The series was first announced in the July issue of Shogakukan's CoroCoro Comic, and has gaming company Level-5's President Akihiro Hino in charge of the story. This installment of the Gundam meta-series is set on a futuristic Earth plagued by an interplanetary war that spans a whole century. Its story revolves around three protagonists from the same family, each piloting his own version of the eponymous mecha, fighting to defend Earth and its space colonies from an enemy race far more advanced in terms of technology. The series was officially unveiled by Bandai on June 13, 2011, during a special event at the 2011 Tokyo Toy Show. Gundam AGE premiered on the MBS and TBS broadcasting stations in Japan on October 9, 2011 and 49 episodes were broadcast, with the last episode on September 23, 2012. A compilation OVA titled Mobile Suit Gundam AGE: Memory of Eden will be released on July 26, 2013, focusing on the second protagonist of the series, Asemu Asuno.