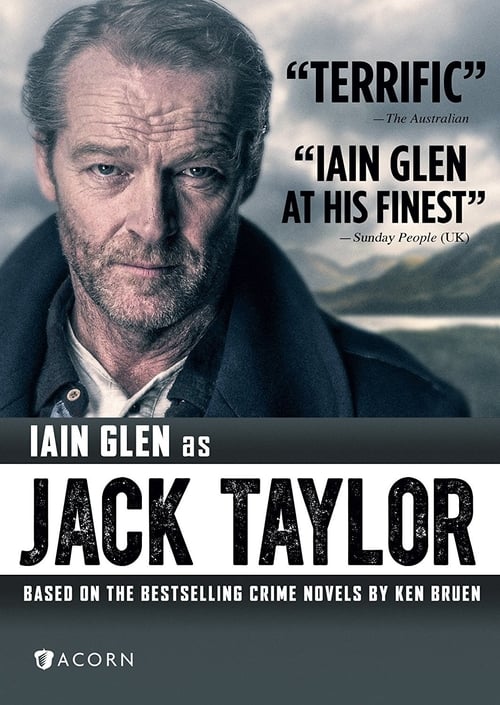 Jack Taylor is an Irish television drama based on a series of novels by Ken Bruen. Set in Galway, the series stars Iain Glen in the eponymous role of Jack Taylor, a former officer with the Garda Síochána who becomes a "finder" after leaving the service. Taylor is a man who goes looking for clues where others have not bothered to. He also knows the streets of his hometown like the back of his hand. The series was first broadcast on TV3 in Ireland on 2 August 2010, and subsequently aired on Canvas in Belgium with Dutch subtitles. It received its UK debut on Channel 5 on 21 February 2013. The series has also been made available on DVD. It has received mixed reviews from critics. Bernice Harrison of The Irish Times felt the series was spoiled by Glen's voiceovers, which gave the character the feel of a gumshoe in a film noir. But David Stephenson of the Daily Express said he had been hooked by the first episode's strong opening sequence. A real-life private investigator interviewed by The Guardian's Laura Barnett said that he found the series entertaining, but that it did not always give an accurate portrayal of his profession.