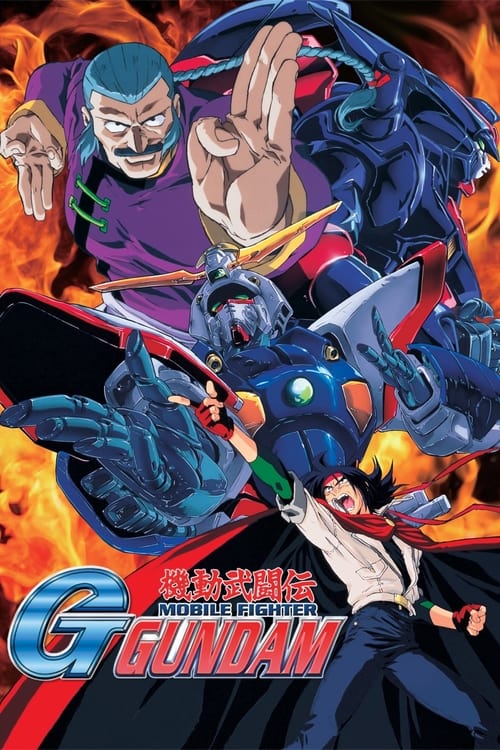 In the year Future Century 60, the Earth's elite have departed from the polluted planet to live in orbiting space colonies, each nation with its own. Below them live the commoners, people who try hard to make a living in the dingy cities and damaged communities left behind. To avoid real war, the world's governments have established a tournament to decide for a time who will control the world called the Gundam Fight. Each country devises a powerful mobile suit called a Gundam and drops it on the Earth, and these units fight each other, the last one left standing becoming the Gundam of Gundams and earning his or her nation the sovereign rights to the Earth, the colonies, and all mankind... but only for four years, until the next Gundam Fight begins. This time, however, more is going on than the tournament itself. Neo-Japan's Gundam Fighter Domon Kasshu is searching for his brother Kyoji, who has made off with their father's experimental Devil (In English "Dark") Gundam. In his hands, the weapon might spell destruction for humanity itself, and only he - along with some other Gundam Fighters(later known as the shuffle alliance)- can stop him.