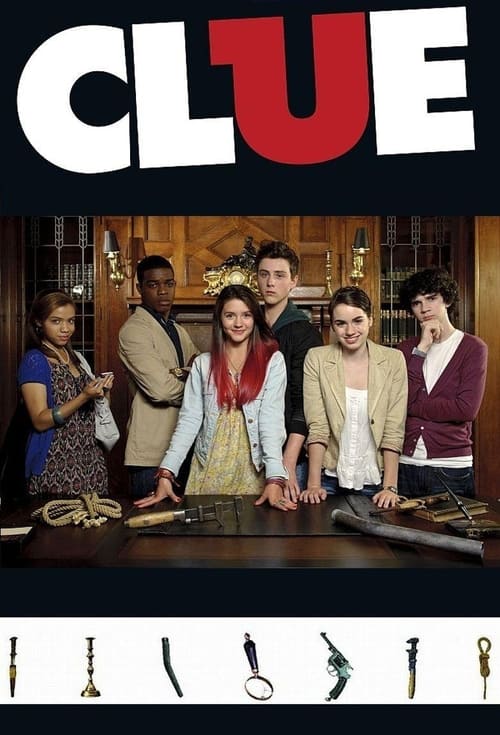 Clue is an American five-part mystery television miniseries based on the Parker Brothers board game of the same name, which aired on The Hub from November 14, 2011 to November 17, 2011. The series features a youthful, ensemble cast working together, uncovering clues to unravel a mystery. The series was created by Raven Metzner and stars Sterling Beaumon as Seamus, Sarah Desjardins as Whitney, Kendall Amyre Ferguson as Agnes, Ana Golja as Liz, Stephan James as Dmitri, and Zach Mills as Lucas.