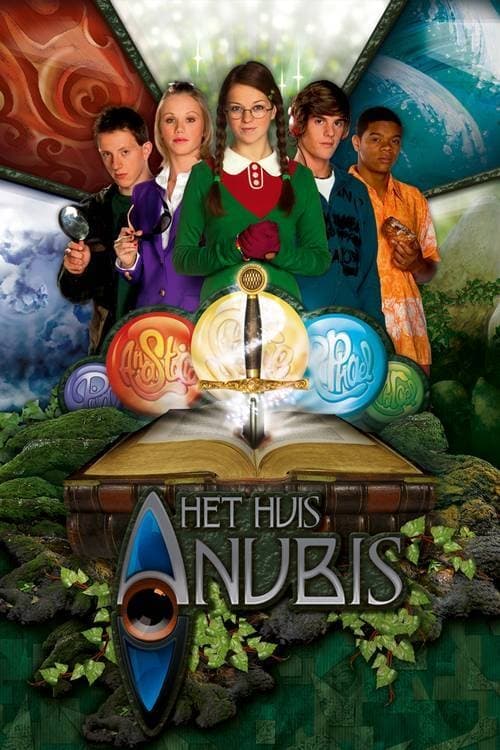 Het Huis Anubis en de Vijf van Het Magische zwaard is a Dutch / Flemish mystery series in which five people, each born with an oversensitive sense, have to fight against Dark Druids who want to steal their senses for their own purposes. The House of Anubis and the Five of the Magical Sword has aired since 17 March 2010 and was broadcast on Nickelodeon. The last episode aired in 2011. There will not be a third season. The program is produced in association with Studio 100. The series is a sequel / spin-off to Het Huis Anubis, which ended a year earlier. No traces of the last residents and the cast of the original series are in the new series, although this new cast did make a cameo appearance in the last Anubis film. The movie, called: De terugkeer van Sibuna, is about Nienke and the rest of the club trying to save Appie from a German clan, who want to curse him to make themselves the rulers of the world. The only character to appear in both the original and this spin-off is Victor. He appears in the teaser for first episode, where he's seen selling the House of Anubis to Kai and Arlène.