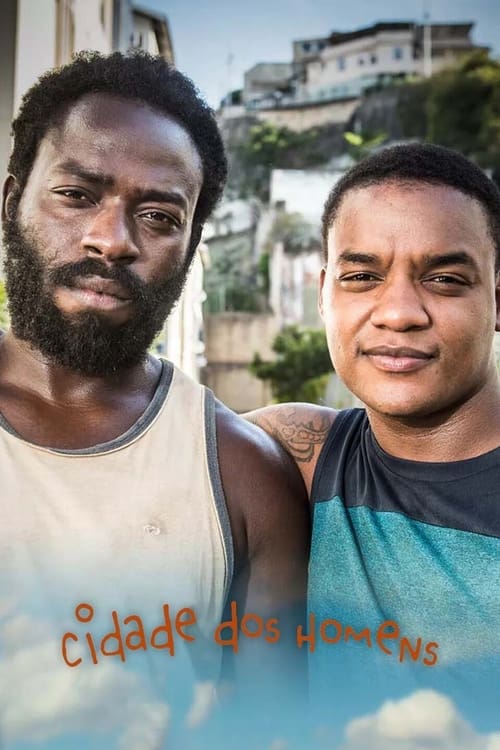 City of Men is a Brazilian television programme created by Kátia Lund and Fernando Meirelles, the directors of the film City of God. The series was watched by 35 million viewers in Brazil and was released internationally on DVD shortly after the film. In 2007, a feature length film based on the series was released. It is often cited as a 'spin-off' of the film; City of Men is a less violent and more light-hearted affair with dramedy elements. However, the two do share some common aspects: the directors, some of the actors, and the setting of the Brazilian favela with its background of gangsters and poverty. The programme tells the stories of Luis Claudío and Uolace, better known by their nicknames Acerola and Laranjinha, respectively, who are two best friends who live in a notorious Rio slum, in a community of drug-dealers, hustlers, and teenagers struggling to fulfill their dreams.