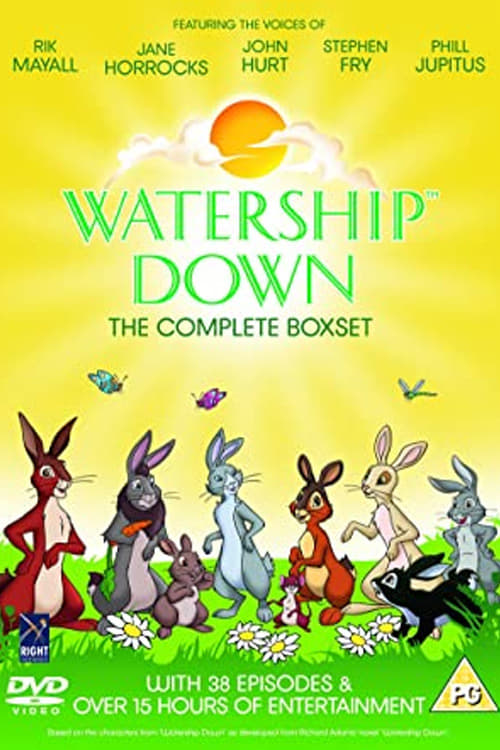 Watership Down is an animated television series, loosely adapted from the novel of the same name by Richard Adams. It was a co-production of Alltime Entertainment of the United Kingdom and Decode Entertainment of Canada, and produced by Martin Rosen, the director of the 1978 feature film adaptation. Watership Down aired for 39 episodes and three series from 1999 to 2001, on both YTV in Canada and CITV in the UK, though the latter did not broadcast the third series. It starred several well-known British actors, including Stephen Fry, Rik Mayall, Phil Jupitus, Jane Horrocks, Dawn French, John Hurt, and Richard Briers, among others. Stephen Gately sang a new arrangement of Art Garfunkel's "Bright Eyes", which had been included in the 1978 feature film, while Mike Batt and the Royal Philharmonic Orchestra contributed a completely new score. In 2003, composer Eric Robertson as well as David Greene and Mike Batt were nominated for a Gemini Award for Best Original Music Score for a Dramatic Series for their work on the show. Some episodes from the adaptation were released on VHS and later, DVD. In October 2005, a Region 2 DVD box set of all three series was released in the UK.