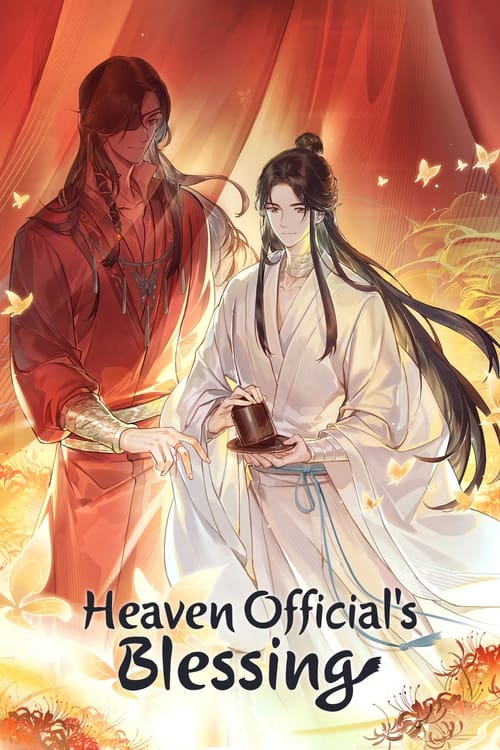 Have you heard? The rubbish Heaven Official is having an affair with the ghost realm’s number one bigshot!” Eight hundred years ago, Xie Lian was the Crown Prince of the Xian Le kingdom; one who was beloved by his citizens and the darling of the world. Unsurprisingly, he ascended to the Heavens at a very young age. Now, eight hundred years later, Xie Lian ascends to the Heavens for the third time as the laughing stock of all three realms. On his first task as a god, he meets a mysterious demon who rules the ghosts and terrifies the Heavens... yet unbeknownst to Xie Lian, this demon king has been paying attention to him for a very, very long time.