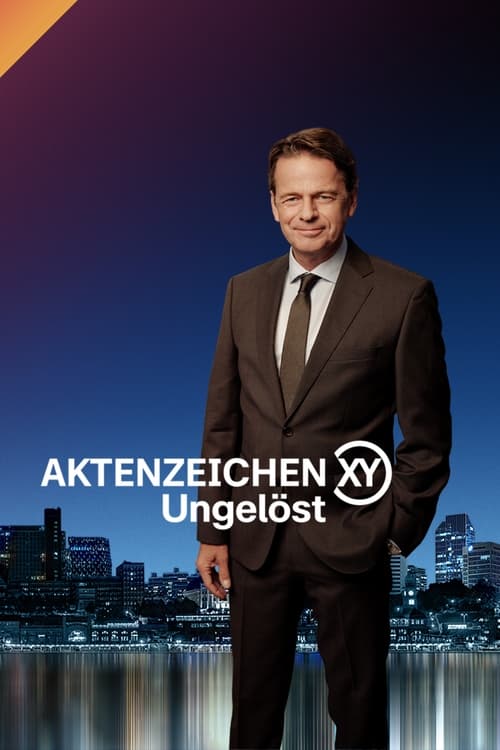 Aktenzeichen XY … ungelöst is a German television programme broadcast since October 1967 on ZDF that aims to combat and solve crimes. Until 2003 it was produced in co-operation with the Austrian public service broadcaster ORF and Schweizer Fernsehen, a division of the Swiss public broadcaster SRG SSR idée suisse. It was the basis for the BBC show Crimewatch, the Dutch show Opsporing Verzocht and its US equivalent America's Most Wanted. The goal of the programme is to throw light on unsolved offences with the aid of viewers. Each episode contains three to five short films, each lasting about ten minutes, in which a real criminal case is reconstructed. The cases are mostly complex ones in which the criminals and chains of events are still unknown. In addition cases are discussed in the studio in which, for example, the identities of criminals or unknown murder victims are sought with the aid of a photo. Viewers can use the telephone or Internet to give information. According to a study by the programme's editorial department, about forty percent of cases shown on the programme are solved.