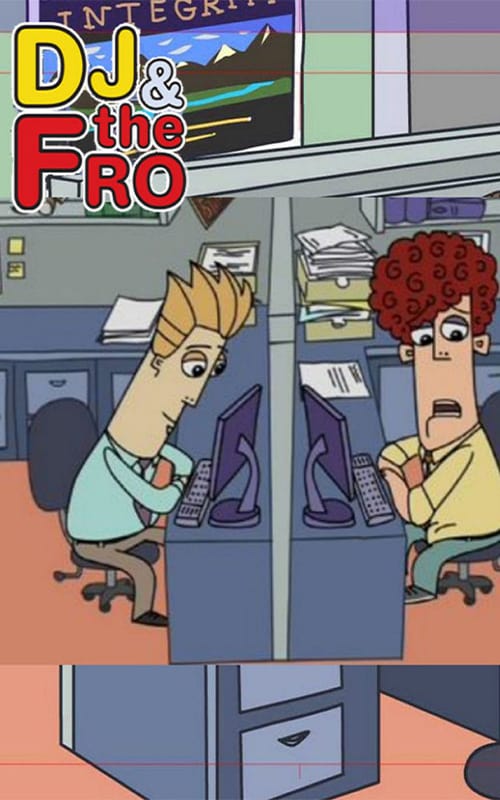 DJ & the Fro is an animated series on MTV. The show focuses on two co-workers, DJ and The Fro, who work at the fictitious company Oppercon Industries. They rarely do work, and instead look for funny videos on the Internet, which they comment on. Within weeks of its debut, DJ & the Fro was moved from its 6:00 pm time slot to 12:30 am time slot due to the Parent Television Council deeming it "too racy for daytime t.v."