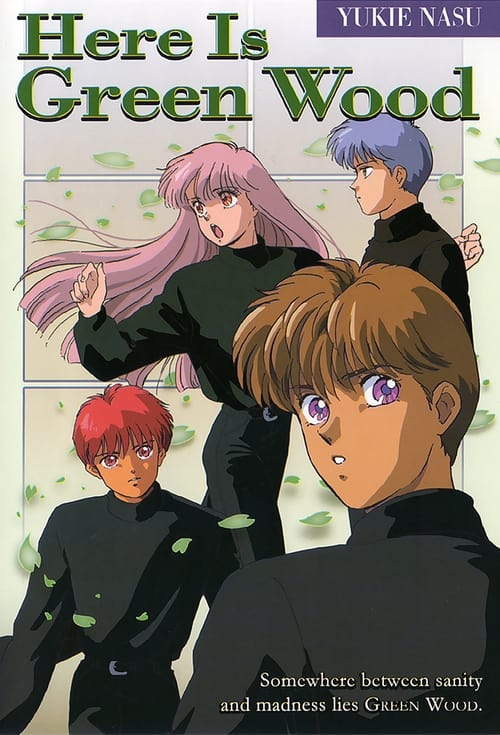 Here is Greenwood is a 9-volume Japanese manga written and illustrated by Yukie Nasu and six-episode anime OVA revolving around the activities of four boys in Greenwood Dormitory at a fictional prestigious Japanese all-boys private school named Ryokuto Academy. The manga was serialized in Hana to Yume and published in English by Viz Media. It has also been adapted into a live-action television series. Unlike most anime, the episodes appear to be manga canon, as certain episodes refer directly to events in the manga. The manga storyline is somewhat self-referential, as several asides show that the characters are fully aware that they exist in a manga. Yukie Nasu appears frequently as herself, usually with a capital "N" on her head, to explain away certain loose plot threads. For example, in a story featuring a baseball game taking place in late autumn, one of the characters asked why they weren't playing soccer; Nasu's character appeared and explained that she didn't know the rules for soccer.