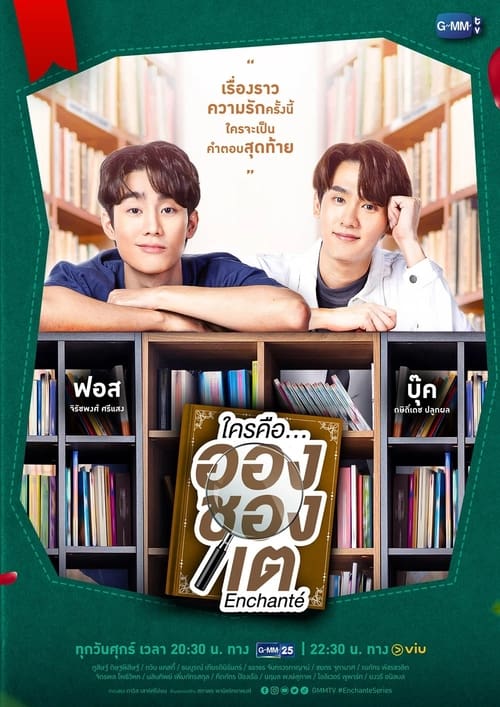 After living in France, Theo comes back to Thailand to study at his father's school. Living in Thailand once again makes his surroundings new, but he does make one friend, Ak. Theo finds a book in the library that welcomes him, and the writer signs Enchanté, which means "nice to meet you" in French. Theo becomes curious about who this Enchanté guy is and tells Ak about it. Ak quickly exposes the situation, and four guys come forward claiming that they are Enchanté. Will Theo successfully guess who is the legit Enchanté among the 4 guys claiming to be him?