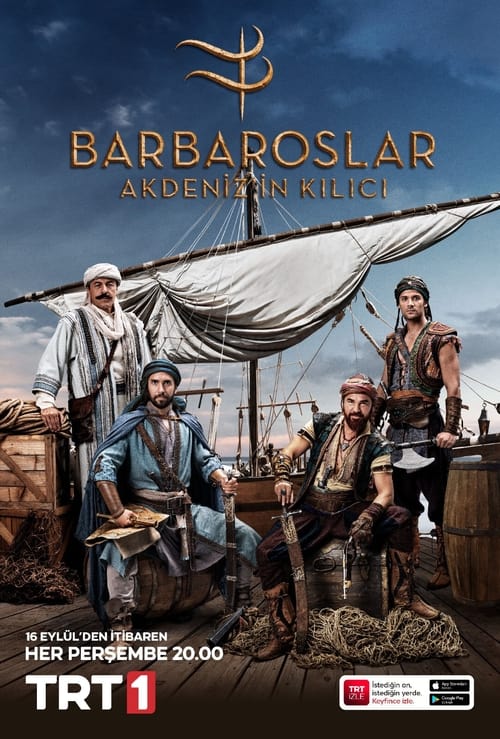 Barbaros: Sword of the Mediterranean will take viewers on a historic journey across the Ottoman Empire based on the life of 16th-century Ottoman admiral "Barbaros" Hayreddin Pasha and the adventures of four brothers who become seafarers. The drama series retells this adventure through the stories of four brothers; Ishak, Oruc, Hizir, and Ilyas, fighting high tides and the secrets of the seas. It focuses on their pursuit of a holy secret with the help of Master Suleyman, and during the course of their journey, they make enemies in, Pietro; the Pope's hand reaching out to the Mediterranean who is also pursuing the secret and organizes an attack against their ship. But this doesn't stop the brothers and they continue their original quest to find the holy secret all the while fighting their enemies at high tides.