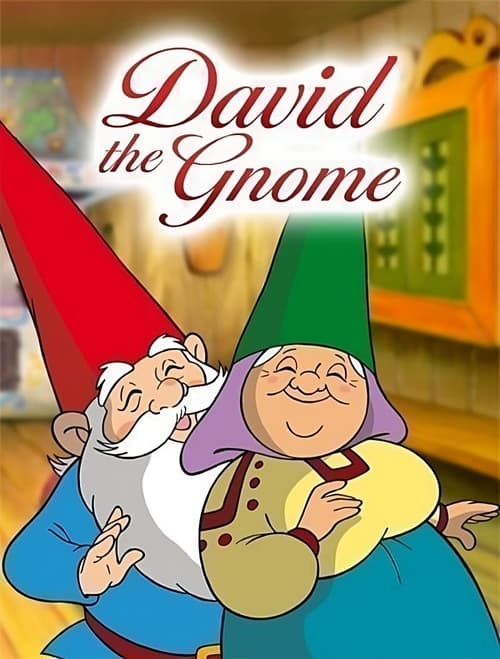 The World of David the Gnome, originally titled David el Gnomo, is a Spanish animated television series based on the children's book The Secret Book of Gnomes, by the Dutch author Wil Huygen and illustrator Rien Poortvliet. The program was originally created in Spain by BRB Internacional titled David el Gnomo, and retains a sense of the lush illustrations of the original books. Twenty-six episodes were produced. There was also a spin-off series entitled Wisdom of the Gnomes. The English language dub The World of David the Gnome was produced by Canadian studio Cinar, in association with Miramax Films. Christopher Plummer narrated, with the voice of David the Gnome being provided by Tom Bosley. David the Gnome came to US television in 1987, airing weekdays on the Nickelodeon cable channel, and was part of the fledgling Nick Jr. lineup when that was created shortly thereafter until 1995. It also aired on TLC on its Ready Set Learn block from September 30, 1996 until March 27, 1998. The series is still frequently airing weekday mornings on Irish channel RTÉ Two as of 2006. In Australia, it has aired on ABC, as well as the Australian branch of Nickelodeon, again as part of the Nick Jr. lineup.