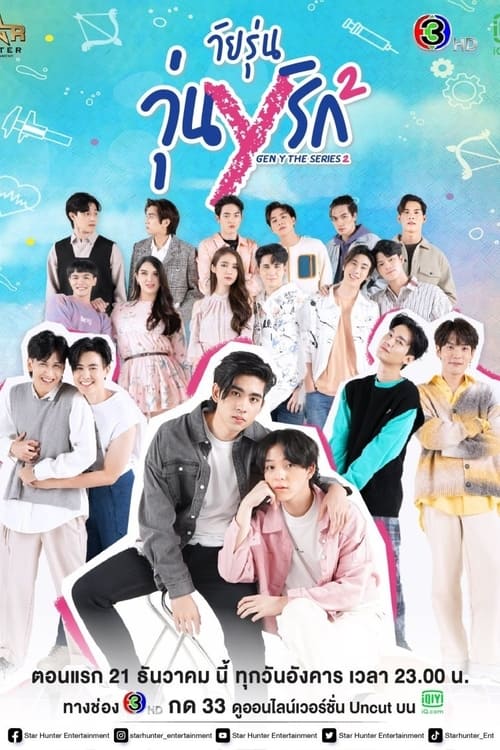 The feeling of disappointment that arose with all characters in Gen Y The Series SS1 will be solved, especially the suddenly ended of Pha and Wayu. Wayu decided to start to be a couple with Thanu, but it may not be easy because of the unclear relationship between Thanu and Phai. At the same time, Mark and Kit got a problem with distancing and timing. Before they decide to call it off, they focus on temporary separation as an option. that may make them know how the importance of each other. Pok has tried so hard to be better for Tong but he feels like he is just not up to Tong's expectation. Also, Tong has tried to give all the best to Pok but he had misunderstood that Pok never wants it. While Wayu started to open up to a new relationship, a problem of Mark and Kit, a conflict of Pok and Tong.