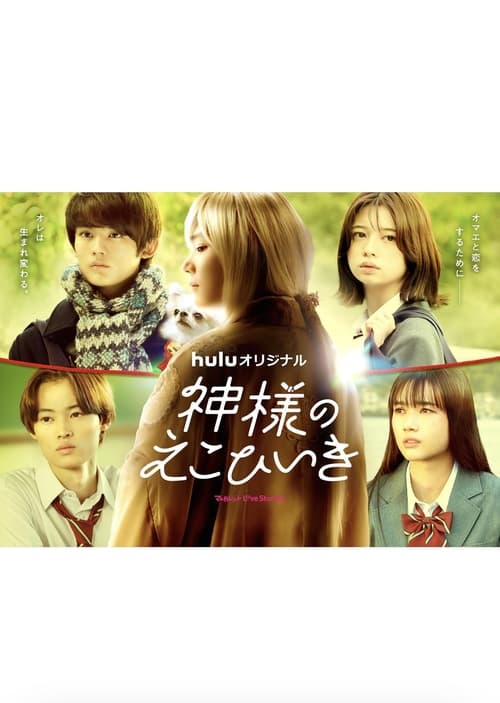 To gain the confidence to confess to his crush, Yashiro visits a secluded shrine for 100 days straight. This earns him the attention of the enshrined deity and his chihuahua, Ukon. They are surprised to see him confess to a guy, Yashiro's longtime friend Kenta, only for Kenta to turn him down. Although heartbroken, Yashiro tries to joke around with Kenta, but he accidentally gets killed when a truck runs into him. Due to God's favoritism, Yashiro was reborn as a female student called Tendo Kagura, and lives a new life. However, she soon discovers that the god and Ukon plan to watch over her relationship with Kenta to see how it unfolds. Adapted from a manga "Kami-sama no Ekohiiki " (神様のえこひいき) by Komura Ayumi (小村あゆみ ).