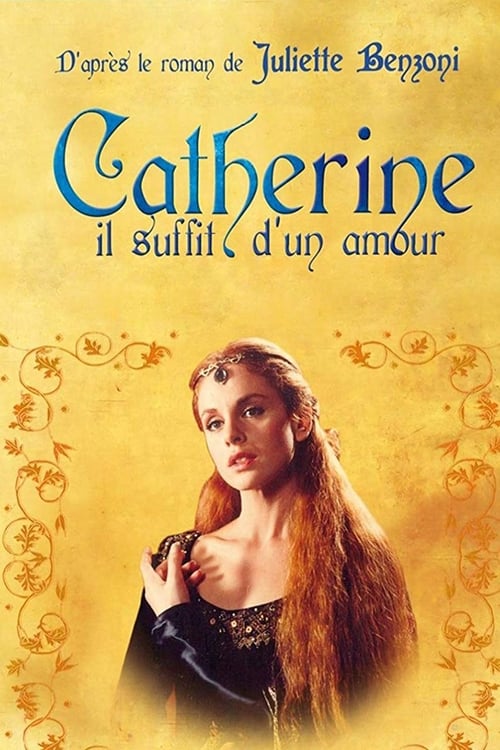 Catherine - a French TV series produced for Antenne 2 channel in 1986. It was based on the series of "Catherine" novels written by Juliette Benzoni. The series was directed by Marion Sarraut, who had already successfully brought on TV another of Madame Benzoni's work - Marianne. The director had the author's assistance going so far as working together, like mother and daughter, to work on the best-seller Catherine. Two years of preparation, fifteen months of shooting, two hundred actors - over fifteen hundred costumes. The episodes were not to be seen in prime time - but from 13:30 - 14:00 each afternoon. The production was nevertheless a huge success. The readers of the books were more than satisfied with what Marion Sarraut had done to Catherine. To their great joy, the producers had adapted the seven books more or less truthfully. Some minor changes had to be made, probably also because of the small bugdet they had at their disposal. Claudine Ancelot was a perfect Catherine. At her side, Pierre-Marie Escourrou as her great love Arnaud de Montsalvy. Pascale Petit was Sara, Benoît Brione was the evil Gilles de Rais, and Geneviève Casile Queen Yolande. For over two decades, the story of "Catherine and Arnaud" had vanished. In December 2007 the French company France Loisirs started releasing the long awaited Catherine Il suffit d'un amour TV-Serie on DVD. At the moment the whole TV series has been released on 5 double DVDs.