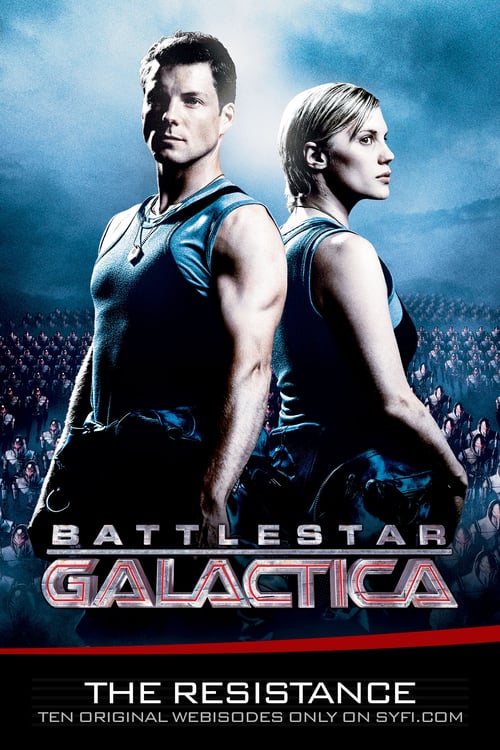 Battlestar Galactica: The Resistance is the collective title of 10 two- to five-minute "webisodes" released exclusively on the world wide web through the Sci Fi Channel's website. The serial storyline follows events that occur between the close of season 2 and the beginning of season 3 of the re-imagined Battlestar Galactica TV series. The first webisode was released on September 5, 2006, with two subsequent webisodes posted to the site each week through October 5 to lead into the season 3 premiere. The series was produced as a promotional event to promote Battlestar Galactica, and as such generates no residuals for its writers. The original title of this series was to be Battlestar Galactica: Crossroads but "Crossroads" was later used as the title of the third-season finale instead. The WGA has called for the boycott of all un-residualed webisodes by writers and producers from working on them. The webisodes are only available for viewers from the United States, to the dismay of many fans worldwide; the decision to restrict the webisodes to the US has forced international fans to use peer-to-peer networks to get content which is supposedly free. The webisodes were later reposted on various free video hosting sites, such as YouTube but have since been removed at "the request of copyright owner NBC Universal because its content was used without permission". In late 2006, with Australia's Network Ten broadcasting of the third season of Battlestar Galactica on Ten HD, The Resistance webisodes were made available to the Australian public on the network's website but have since been taken down.