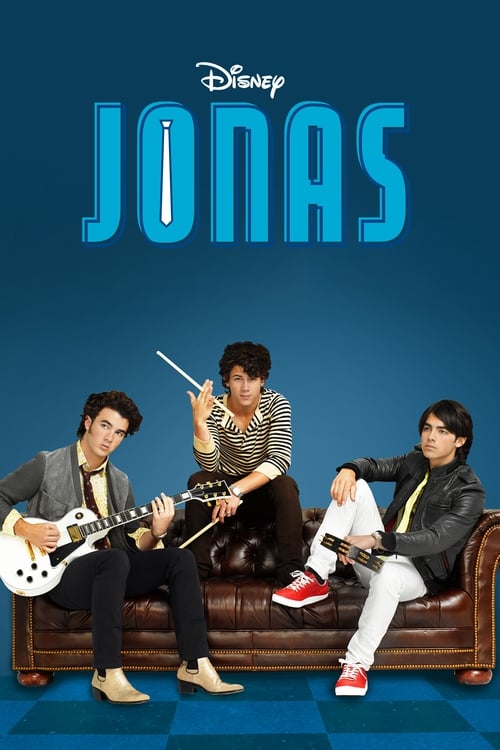 Jonas, previously promoted as "J.O.N.A.S.", is a Disney Channel Original Series created by Roger S. H. Schulman and Michael Curtis, starring the Jonas Brothers. The brothers appear as the "Lucas Brothers", the three members of the fictional band "JONAS" who try to live a normal life in the face of stardom. The pilot was filmed in 2007 but because of the 2007–2008 Writers Guild of America strike, the series was put on hold. The original shooting date had been set in January 2008, but was pushed back to September 2008.The series premiered on Disney Channel on May 2, 2009, and became available on demand starting April 25, 2009. JONAS is the first Disney Channel Original Series (DCOS) since Phil of the Future not to be filmed before a live studio audience or to have a laugh track. The series was the first on the network premiere on a Saturday night, part of a deliberate strategy by Disney to open up the night to original programming and compete with Nickelodeon's traditional dominance of the evening. The series is set in New Jersey and shot at Hollywood Center Studios.