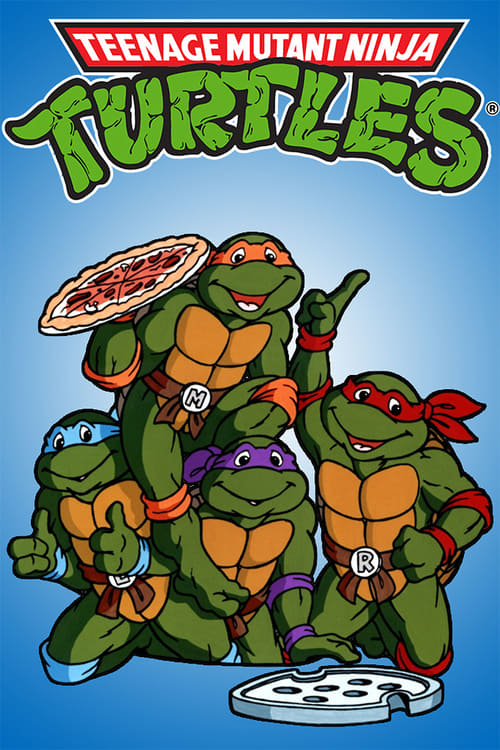 Four turtles fall into the sewers and are befriended by Hamato Yoshi a Japanese man sent to New York who was forced to live in the sewers. One day he sees a strange green glow which transforms the four turtles into human-like creatures. Hamato (now Master Splinter) changes into a giant rat from the green glow and teaches the turtles the skills of the ninja as they team up with news reporter April O'Neil to battle against Yoshi's arch enemy Shredder and Krang, an alien warlord from Dimension X.