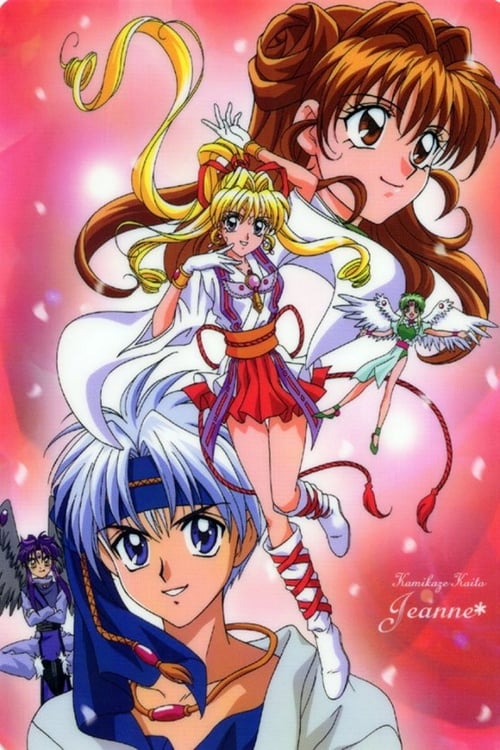 Kamikaze Kaitou Jeanne is a fantasy shōjo manga series written and illustrated by Arina Tanemura. The story is about the adventures of a high school girl, Maron Kusakabe, who is the reincarnation of Jeanne D'Arc and transforms into a phantom thief-magical girl to collect the scattered pieces of God's power which are also coveted by demons hiding in beautiful art works. The manga was published by Shueisha in Ribon between February 1998 and July 2000. The individual chapters were collected and published in seven tankōbon volumes. It was formerly licensed for English-language release by CMX Manga and now licensed by Viz Media. The series was adapted by Toei Animation as a 44-episode anime television series that was broadcast on TV Asahi from February 1999 to January 2000. The series was re-issued by Shueisha in 2007, with all chapters fitting into only 6 volumes, instead of the original 7; all volumes had new covers.