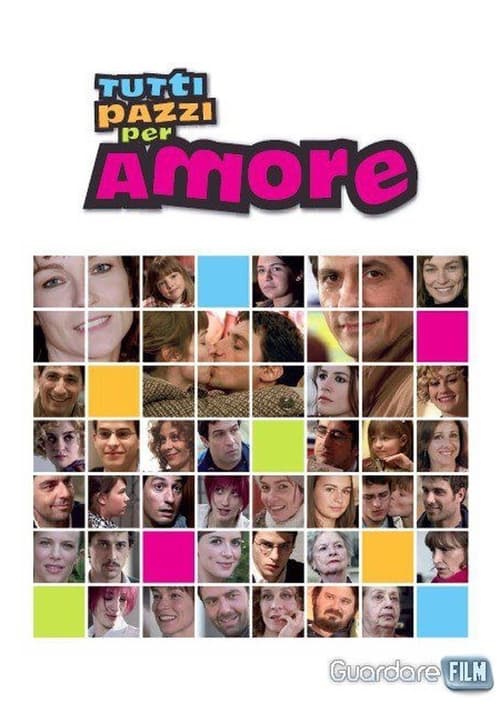 Tutti Pazzi Per Amore is an Italian television series that aired on Rai 1 from December 7, 2008 to January 1, 2012, consisting of three seasons. The show is set in Rome and follows the love story between a single father, Paolo Giorgi, and a single mother, Laura Del Fiore, and the adventures of the extended family that originates from their relationship. The main characters are Paolo Giorgi and his daughter Cristina, Laura Del Fiore and her son Emanuele and her daughter Nina. Around these main characters develops the story of their grandparents, their uncles and aunts, their colleagues and friends.