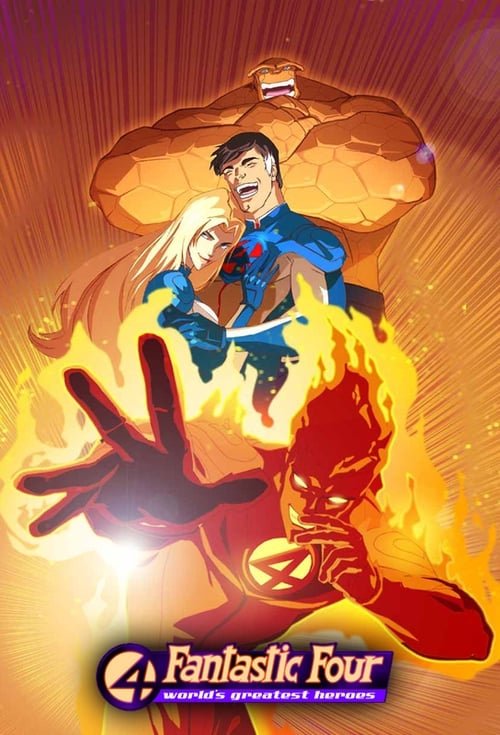 Fantastic Four: World's Greatest Heroes is an animated television series based on the Marvel Comics' Fantastic Four comic book series and the movie itself. The series is the team's fourth foray into animation, and combines two-dimensional anime-style art and three-dimensional computer animation produced by the France-based animation company MoonScoop, and is also produced by MoonScoop division Taffy Entertainment. All in collaboration with Cartoon Network. In the United States, the show suffered an erratic airing schedule on Cartoon Network, having premiered as part of Toonami on September 2, 2006 but only running for 8 of the season's 26 episodes before being pulled without explanation. It returned to the network starting June 9, 2007, shortly before the release of the film Fantastic Four: Rise of the Silver Surfer, but again, only nine further episodes were aired, leaving nine installments unaired in the USA. The show aired on Boomerang for a brief time before moving to the Nicktoons Network to air the final episodes. Episodes unaired in the US began airing on the Nicktoons Network in the winter of 2009. It is distributed in the USA by 20th Century Fox and 20th Television, and in other countries by Warner Bros. Television Distribution.