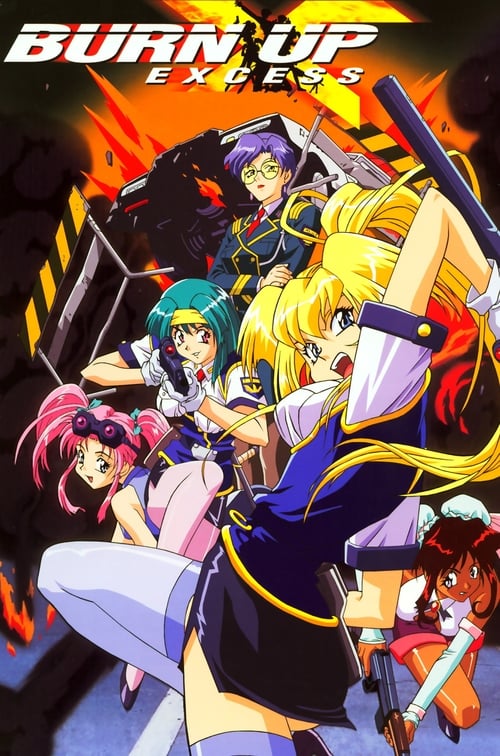 Burn-Up Excess is an animated Japanese television series, directed by Shinichiro Kimura, animated by Magic Bus and produced by AIC. It aired from 1997 to 1998, ran for 13 episodes, and 4 volumes of videos were released on VHS and DVD in North America by ADV Films. The series is a tongue-in-cheek look at a special operations unit in the Tokyo police force called "Team Warrior", with large amounts of fan service thrown in for good measure, exemplified by the inclusion of ADV's trademarked "Jiggle Counter" on the DVD's along with Plastic Little.