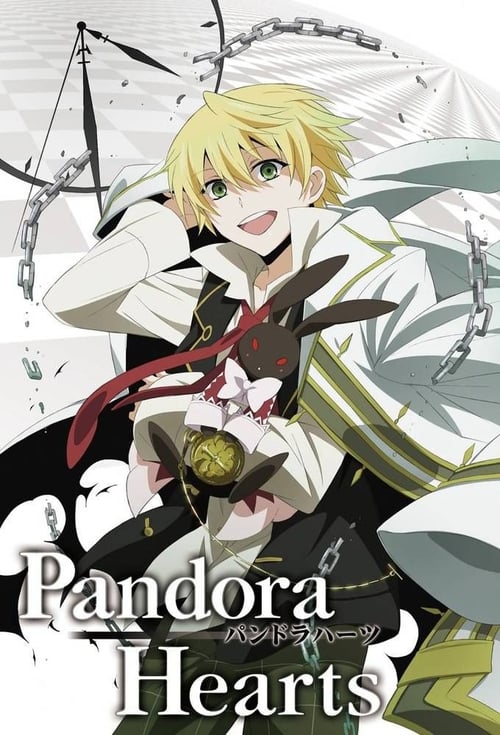 Pandora Hearts is a shōnen manga series written and illustrated by Jun Mochizuki. Individual chapters have been serialized in Monthly GFantasy since June 2006, with bound volumes published by Square Enix. Currently nineteen volumes have been released in Japan. The manga series was originally licensed for an English language release by Broccoli Books but has since been dropped; it has been licensed by Yen Press since then. An anime adaptation produced by Xebec began airing on April 2, 2009, and finished airing on September 24, 2009. On February 11, 2010, NIS America announced it would release the anime series in North America. Nine OVAs were also broadcast in Japan, airing from July 24, 2009 to March 25, 2010.