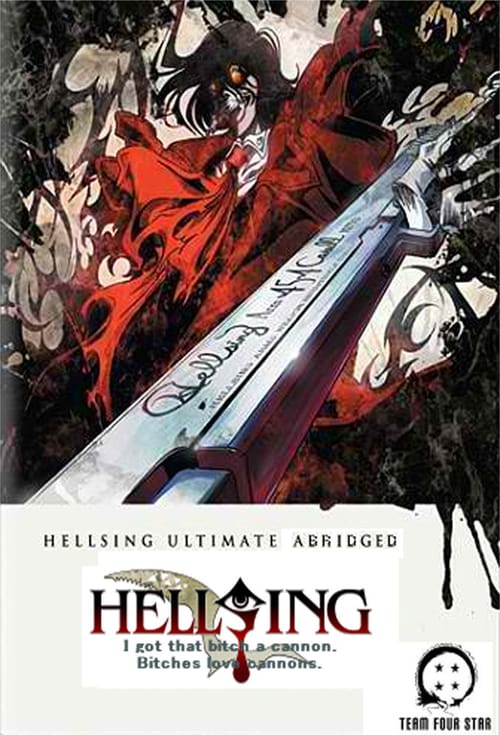 Hellsing Ultimate Abridged is a fan-made parody version of the Hellsing Ultimate OVA which aims to abridge the series' plot comically. Most characters and plots remain relatively unchanged, though some aspects of the original series have been altered for entertainment purposes. Hellsing Ultimate Abridged is owned, edited and originally uploaded onto YouTube by Takahata101, a member of TeamFourStar. All 7 episodes have over 15 million views altogether, hence making it the most popular parody-dubbed of the Hellsing series. The opening theme for the first four episodes of the series is Party Party Party by Andrew W.K., originally first used on Aqua Teen Hunger Force that was aired on Cartoon Network and developed by Adult Swim. The fifth episode uses War! by Edwin Starr. The sixth and seventh episode, however, do not use an opening theme, but instead just show the Hellsing Ultimate Abridged titlecard.