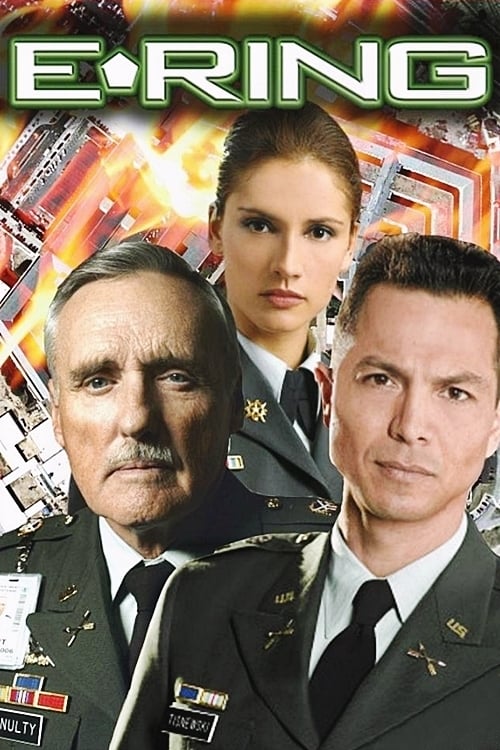 E-Ring is an American television military drama, created by Ken Robinson and David McKenna and executive produced by Jerry Bruckheimer, that premiered on NBC on September 21, 2005. The title of the show refers to the structure of The Pentagon, which is configured in five concentric rings, from "A" to "E", with E being the outermost ring. Before any military action can be taken anywhere in the world the mission must be planned and approved by the most important ring of the Pentagon, the E-ring. This is where the more high-profile work is done, all operations must be legally approved and the green light given by the Joint Chiefs of Staff. The show starred Benjamin Bratt as Major James Tisnewski, a former Delta Force operator and Dennis Hopper as Colonel Eli McNulty, as officers working in the E-ring of the Pentagon in the Special Operations Division – planning and co-ordinating covert US special operations actions around the globe. The show struggled from the onset because it was up against ABC's Top 20 hit Lost, CBS's Top 30 hit Criminal Minds, FOX's Top 10 hit American Idol and the network's Top 30 hit Unan1mous. Although NBC gave it an earlier time slot which led to better ratings, the show was pulled from the lineup during the February sweeps and officially canceled at the NBC Upfront on May 15.