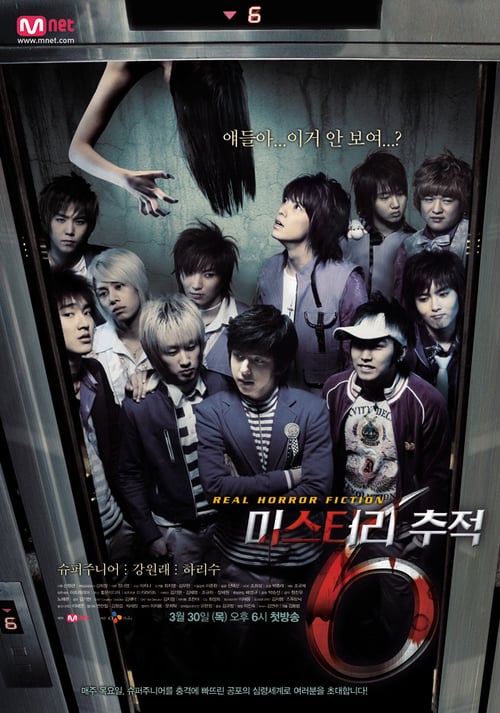 Mystery 6 is a 2006 Korean horror mockumentary that feature popular boyband Super Junior; Donghae is the central character. The series consists of hidden cameras, interviews and a narrative "documentary" on investigating the truth behind a former tenant's death in Super Junior's apartment. It was hosted by Kang Won Rae.