A Bit of Fry and Laurie 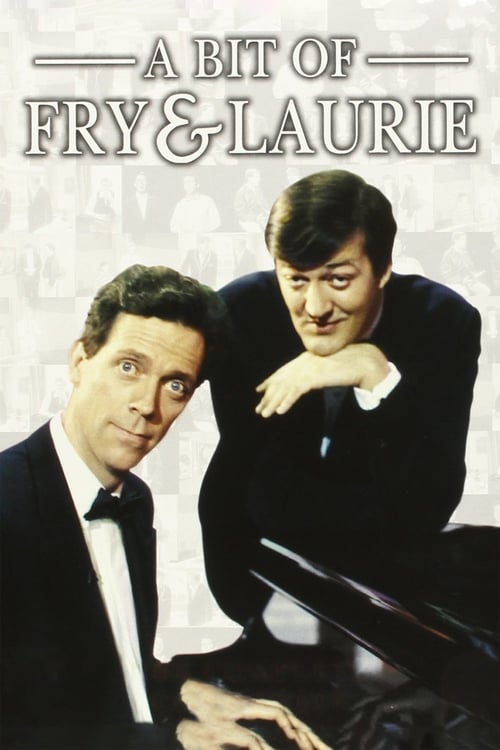 A Bit of Fry & Laurie is a British sketch comedy television series written by and starring former Cambridge Footlights members Stephen Fry and Hugh Laurie, broadcast on both BBC1 and BBC2 between 1989 and 1995. It ran for four series and totalled 26 episodes, including a 35 minute pilot episode in 1987. As in The Two Ronnies, elaborate wordplay and innuendo were staples of its material. It frequently broke the fourth wall; characters would revert into their real-life actors mid-sketch, or the camera would often pan off set into the studio. In addition, the show was punctuated with non-sequitur vox pops in a similar style to those of Monty Python's Flying Circus, often making irrelevant statements, heavily based on wordplay. Laurie was also seen playing piano and a wide variety of other instruments and singing comical numbers.