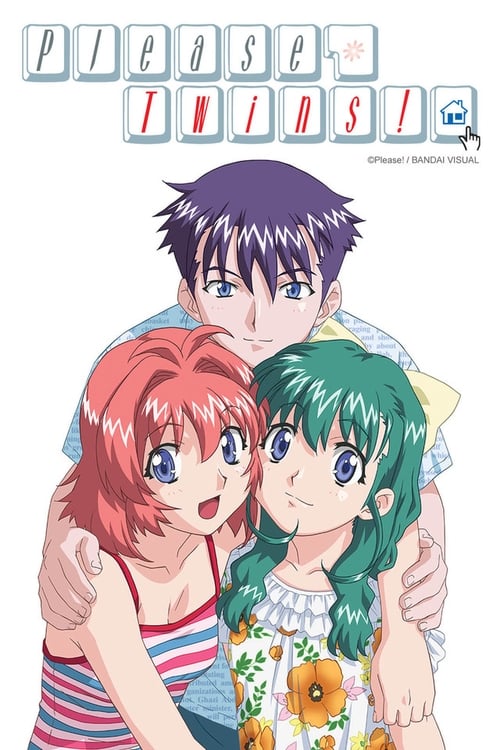 Please Twins!, is an anime television series, scripted by Yousuke Kuroda and produced by Bandai Visual, which was later adapted into a light novel and one-volume manga series. It centers on a family of three teenagers in high school all living together who are unsure which two of them are related to each other due to a reference from an old photograph. The Please Twins! anime series is a spin-off sequel to Please Teacher!. It first aired in Japan on the WOWOW satellite television network on July 15, 2003 and finished with a total of 12 episodes plus a later OVA episode released on DVD. The series was later adapted into a light novel in 2004, which spanned a total of two volumes and, soon after, into a short one-tankōbon manga version, which was serialized in MediaWorks's Dengeki Daioh magazine in September 2005.