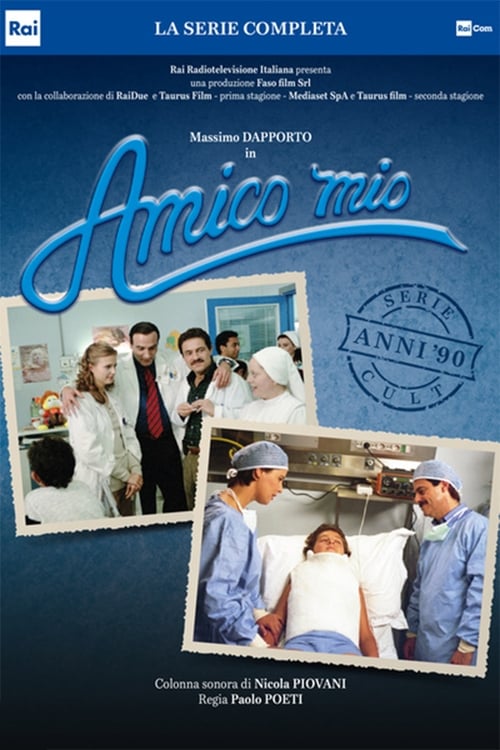 Amico mio is a 1993 Italian-German television series set in a children's hospital and stars Massimo Dapporto. The series, which focuses on the stories of Dr. Magri and his colleagues in the department of pediatrics of San Carlo di Nancy hospital in Rome, aired for two seasons on Rai 2 and then Canale 5, as well as on ZDF in Germany.