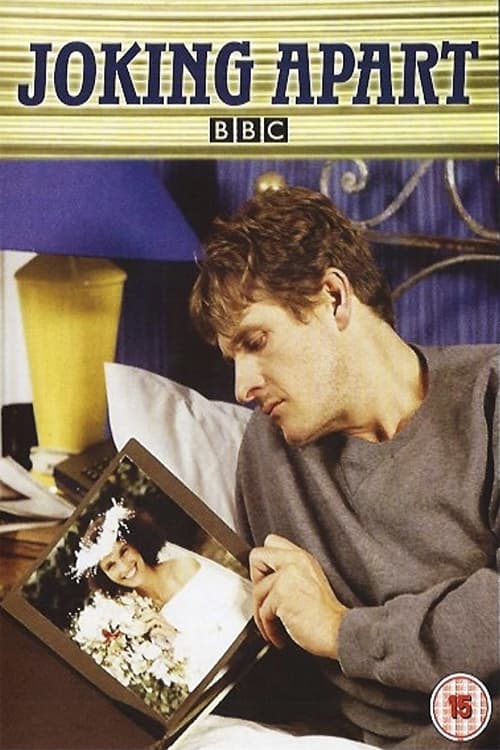 Joking Apart is a BBC television sitcom written by Steven Moffat about the rise and fall of a relationship. It juxtaposes a couple, Mark and Becky, who fall in love and marry, before getting separated and finally divorced. The twelve episodes, broadcast between 1993 and 1995, were directed by Bob Spiers and produced by Andre Ptaszynski for independent production company Pola Jones. The show is semi-autobiographical; it was inspired by the then-recent separation of Moffat and his first wife. Some of the episodes in the first series followed a non-linear parallel structure, contrasting the rise of the relationship with the fall. Other episodes were ensemble farces, predominantly including the couple's friends Robert and Tracy. Paul-Mark Elliott also appeared as Trevor, Becky's lover. Scheduling problems meant that the show attracted low viewing figures. However, it scored highly on the Appreciation Index and accrued a loyal fanbase. One fan acquired the home video rights from the BBC and released both series on his own DVD label.