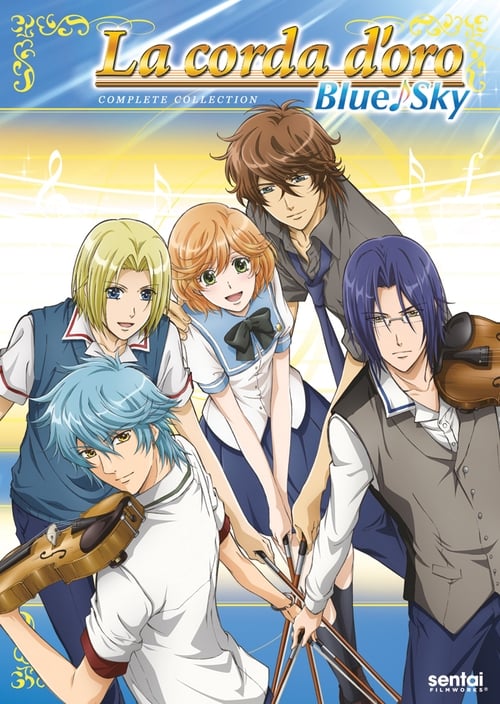 La Corda d'Oro is a role-playing game series targeted at a female audience under the Neoromance series from Koei. The title comes from the Italian for The Golden String. The story was adapted into a manga by the game’s character designer, Yuki Kure, which is serialized in LaLa magazine. An anime adaptation, titled La Corda d'Oro: Primo Passo, was first broadcast by TV Tokyo from October 2006 to March 2007. The anime also premiered on Animax. It was aired across its respective networks worldwide, including Hong Kong and Taiwan, and also translated and dubbed into English for its English language networks in Southeast Asia and South Asia, and other regions. Sentai Filmworks acquired North American rights to the series, has released it in two half-season box sets, and is streaming it online. The first of a 2-episode anime special, entitled La Corda d'Oro: Secondo Passo, was aired by Kids Station on March 26, 2009, but the season ends on a cliffhanger. Secondo Passo was meant strictly to promote the video game.